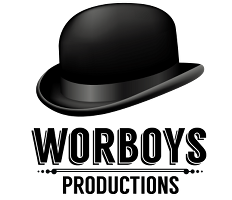 WINNERS OF FRINGEREVIEW ‘OUTSTANDING THEATRE AWARD 2015’
‘The talent of this incredible ensemble is quite stunning. Their vocal and physical dexterity, their comic timing and awareness of their genre, their originality and musical ability are just amazing’ FringeReview 2015

The invigorating and inventive Babolin are winners of the 2015 Fringe Review Outstanding Theatre Award. ‘The talent of this incredible ensemble is quite stunning’ (FringeReview.co.uk). In the dingy light of a flickering streetlamp on a desolate street in the middle of anywhere, Phools Mortalsby is about to sing a song. The last song. Ever. ‘Embarrassingly creative’ ***** (BroadwayBaby.com, 2012). ‘Quite stunning’ ***** (FringeReview Outstanding Award 2015). Expect a very sensible level of silliness, some songs and more than a smattering of saga. Babolin are heading north. ‘An avalanche of momentum that sweeps the audience along’ (TotalTheatre.org.uk).

2016: The Humble Heart of Komrade Krumm

The Humble Heart of Komrade Krumm will be BABOLIN’s twelfth play at Bedlam, but with a brand new cast as they have had every time. That is what makes the company so special. It’s the first taste of the Fringe for most of the performers, but the team creating the work are old hands and keep coming back. We’ll be here for ten days only and so news and reviews will be our lifeblood and help us to keep the company going!

BABOLIN and Bedlam have been together longer than many marriages and this will be no less than their eleventh original play in the wonderfully quirky, deconsecrated church. And what better to put on in an ex-church than a play about monks? BABOLIN’s work has been described as “sheer beauty” (Scotsman 2008**** )  “sickeningly accomplished”   (FEST 2009*****)“quite, quite brilliant” (Broadway Baby 2012 *****). In Frantic Canticles BABOLIN invite to you to join them as they tell the extraordinary tale of Little Brother Fish, an ordinary, yet plucky little monk, who dares to leave the safety of the cloister to carry out a crucial quest into the depths of darkest Depravia. Let their chants lift you, their feats amaze and their antics delight. You’ll never feel the same about monks again.

2014: The Most Serious Ailments of St Krank’s

Forged in a farcical infirmary and armed with sumptuous surgical shanties, BABOLIN bring you their kaleidoscopic, quirky vision of the quackery of life and death. It is 1901 and there is a crisis at St Krankendspiegel’s, a venerable old hospital by the sea. It must update to face the new century. Dr Cricket is ready to hand over the reins. But to whom? Enter Jenkin, an idealistic young trainee doctor, determined to save the ailing and the sick at heart from a pitiful backslide to an England of yore. Follow him as he attempts to save the Olympian under the watchful eye of Nurse Nancy. But even he is not prepared for the operatic arrival of an 8th Century German saint……

‘an hour of non-stop laughter’ **** The Public Reviews